Places not to miss during your stay in Budapest 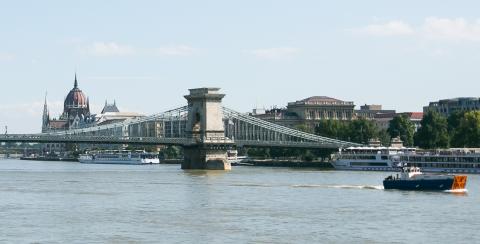 Budapest is full of historical and cultural sights and museums. Let us offer you a few suggestions in case you decide to stay some more days in the city before or after OpenStack Budapest 2018.

1. Buda Castle Hill
The Buda Castle Hill is one of Budapest’s World Heritage Sites. There you can explore beautiful buildings and cobblestone streets while enjoying the view of the city. Don’t miss out the Matthias Church, the Fishermen's Bastion and the Royal Palace, along with the Hungarian National Gallery.

2. Budapest Parliament
The one in Budapest is the 3rd largest Parliament building in the world, and the home to the Hungarian Crown Jewels. It’s a magnificent example of Neo-Gothic architecture, situated on the bank of the Danube.

3. Heroes’ Square
The Heroes’ Square is the largest square of Budapest. The Millennium Monument standing in the middle of it is to commemorate the 1000-year-old history of the Hungarians. The Museum of Fine Arts and the Hall of Art are located on the two sides of the square.

5. St. Stephen’s Basilica
The Basilica is the largest church in Budapest, having taken more than 50 years to build it. St. Stephen, the first king of Hungary is the patron saint of the Basilica. The dome's observation deck offers an extraordinary spot to oversea the buildings of the city.

6. Margaret Island
The Margaret Island is a park in the center of the Danube. Since vehicles are prohibited, the island is a fantastic escape from the city's traffic. It's a great place to walk and bicycles are available for rent.

7. Széchenyi Baths
The Széchenyi Baths is the largest bath centre in Europe. The waters are rich in sulphates, calcium, magnesium, bicarbonate and fluoride, which are believed to help patients with medical issues. It offers you outdoor pools, thermal pools, saunas, massages and beauty treatments.

8. Ruin Pubs
Budapest is famous for its ruin pubs, which are bars set up in deserted buildings, filled with comfortable, worn out furnitures. The most popular ones are Instant, Kuplung, Dürer, Anker't and Szimpla.